Warning: "continue" targeting switch is equivalent to "break". Did you mean to use "continue 2"? in /var/www/bear-hearing.dk/public_html/wp-content/plugins/qtranslate-x/qtranslate_frontend.php on line 497
 Presentations at ARO 2020 – BEAR Project
Skip to content 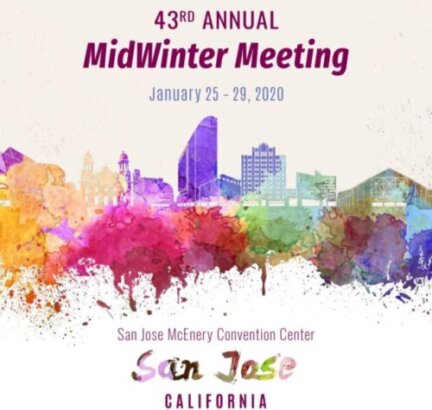 At the 43rd Annual MidWinter Meeting of the Association for Research in Otolaryngology on January 25-29, 2020, two presentations were given: One by Sabina Storbjerg Houmøller in the area of the Centralized Clinical Database, and a second by Raul H. Sanchez-Lopez in the area of New Strategies for Profiling and Fitting:

Based on studies showing that hearing aid (HA) ownership among people with a hearing deficit is surprisingly low, it stresses the importance of improving the likelihood of achieving a successful HA treatment. The level of satisfaction with the HA treatment is assessed using the self-administered International Outcome Inventory of Hearing Aids (IOI-HA) questionnaire. The aims of the current study were to investigate the level of HA satisfaction for experienced and first-time HA users, and further to investigate which factors significantly associated with satisfaction of the HA treatment. Moreover, the study aimed to evaluate any difference between self-reported and objectively measured HA usage time (through data logging). The study population (n=1649) comprised of both experienced (n=458) and first time HA users (n=1191). The study design was a selfreported questionnaire survey and a part of the national BEAR project. Patients were enrolled from January 2017 to January 2018, and answered several questionnaires, including the IOI-HA questionnaire. The IOI-HA consists of seven items, each targeting different hearing outcome domains and scored from 1-5. A higher score indicates a better perceived outcome of the HA treatment. Data logged HA usage time was obtained at two months follow-up visits and compared to the self-reported usage time obtained from the initial IOI-HA questionnaire item. Experienced users answered the IOI-HA before and two months following HA fitting. First-time users answered two months following HA fitting. Results showed that experienced HA users reported a mean total IOI-HA score of 27.8, and first-time HA users a mean total IOI-HA score of 28.2, indicating a high level of satisfaction with the HA treatment in current clinical practice in Denmark. Total mean IOI-HA scores for experienced HA users increased significantly by 0.36 (SD=0.92) (p< 0.001), which indicated a higher satisfaction with the new HAs. This argues that it is meaningful to renew HAs after four years following Danish standards. Motivation was shown to be significantly associated with level of HA satisfaction among the first-time users, whereas HA usage time, monosyllabic word scores and type of hearing class were shown to be significantly associated with HA satisfaction for both groups of HA users. Data logging for experienced users showed an average HA use time of 10.4 hours (SD=5.10) and 8.35 hours (SD=1.02) of use for first time users and this difference was significant (p< 0.001).

Currently, clinical characterization of hearing deficits for hearing-aid fitting is based on the pure-tone audiogram only. Implicitly, this assumes that the audiogram can predict performance on complex, supra-threshold tasks. Sanchez-Lopez et al. (Trends in Hearing, Vol. 22, 2018) hypothesized that the hearing deficits of a given listener, both at threshold and supra-threshold levels, result from two independent types of auditory distortion. In their study, a data-driven method for classifying the listeners into four auditory profiles was proposed and validated. However, the definition of the two types of distortion was challenged by differences between the two datasets in terms of the tests and listeners used. In the current study, a refined method and definition of the auditory profiles is proposed. A new dataset was generated with the aim of overcoming the limitations of the previous study. A heterogeneous group of listeners was tested across three locations using a test-battery designed to tap into different aspects of hearing, including speech perception in quiet and noise, loudness perception, binaural processing abilities, and spectro-temporal resolution. The collected data were analyzed using the data-driven analysis developed by Sanchez-Lopez et al. (2018). Furthermore, a profile-based hearing-aid fitting differing in terms of gain prescription and signal-to-noise ratio improvement was proposed and tested with listeners belonging to the four proposed auditory profiles. Using a hearing-aid simulator, the listeners’ subjective preference for the proposed hearing-aid processing strategies was assessed in various realistic sound scenarios. The results suggested that the different auditory profiles are associated with different preferences in terms of amplification, compression and signal-to-noise ratio improvement. Altogether, the developed method for profile-based HA fitting shows promise with respect to individualizing HA signal processing. Future work will be concerned with testing it in a large field study with wearable devices. Moreover, profile-based hearing-aid fitting may be extended to new paradigms of hearing loss compensation and advanced signal processing.